Why You Shouldn’t Compare Yourself to Others 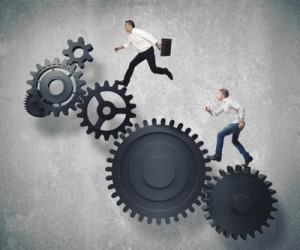 Years ago, when I started doing a seven mile run once a week, I learned a valuable lesson about comparison. I hadn’t been running long, but I was motivated to increase my endurance and speed. As my distance became longer and longer, I noticed my speed became slower and slower. There were times when elderly men and women would pass me. As a young man, my natural instinct was to start putting pressure on myself.

Wow! I can’t believe an elderly woman passed me up as if I was standing still. As I went through the moment of feeling emasculated, I noticed my speed became even slower. The negative thoughts of the incident were draining my energy. Then it dawned on me; why am I comparing myself to others on the trail? I’d just started running not too long ago. They may have been running for years. They may also have only been planning to run two miles as opposed to seven, which meant that they’d have far more stamina. Finally, I thought, why does any of it matter?

I’d set my own goal and I was running at a pace that was realistic for me. At the time, it was the best that I could do. Likewise, those runners had goals of their own of which I was not aware and shouldn’t even be concerned. From that moment on, I stopped comparing myself to others on the trail and my speed increased as I persistently practiced. I took this lesson and applied it to other areas of my life, specifically in business. It has made a world of difference for me.

In business, some may have greater resources than you. They may have funding that you can’t get access to or relationships that are far more influential than the ones you have. Don’t let that pull you into a rut. Continue to do the best that you can with what you have to work with and trust that you’ll gain more with time and persistent effort. That is all you can do.

Push yourself towards greatness rather than trying to be better than someone else. Aiming to be better than someone else can be limiting, because once you achieve that goal, you may find complacency in that satisfaction. But when you strive for greatness, there is no limit to what you can accomplish. Your only comparison becomes where you are now compared to where you were then.

Run your race. Be patient with yourself. Press to improve yourself every day. And if there are others who seem to be doing better than you, wish them well on their journey and stay focused on yours.

3 thoughts on “Why You Shouldn’t Compare Yourself to Others”