The Bean Farmer (A Story of Inspiration) 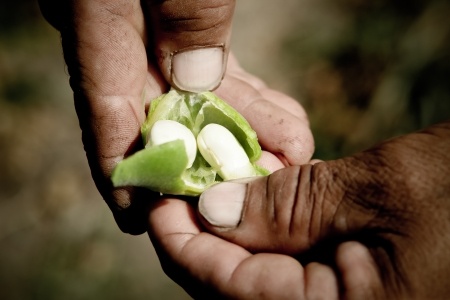 Once upon a time, there was a bean farmer who lived in New Mexico. His neighbors grew beans and his father grew beans. Beans had been the produce of his family for generations. He had a vision of starting an apple orchard. However, he immediately dismissed this vision, because he knew nothing about growing apples.

How will I start? How long will it take? What if the apples don’t grow? These are all thoughts that went through his head. Although the questions lead him to dismiss the vision, the vision did not leave him. In fact, the more he persisted odismissal, the stronger the vision became until it made him miserable. “Maybe I’ll give it a shot,” he thought.

He gathered many books on the subject and began studying. Over the following weeks he would learn everything he could about the nature of apples. The more he learned, the more he was convinced he could do it. He decided to share the vision with his family.

While his wife didn’t clearly see the vision, she believed in him and gave her support. Others however, were not so supportive. “You’re a bean farmer; you should stick to beans!” they said. He took their concerns into consideration, but pressed on regardless. He plowed up his fields, leaving only a small plot of beans to support his family.

The remainder he dedicated to growing an apple orchard. As the years passed, he 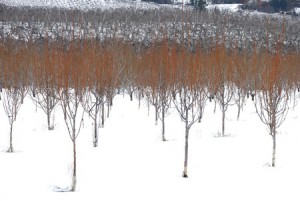 fell upon hard times. The three-year success story, for which he’d hoped, was not to be. The small plot of beans proved difficult to support him and his family. Many ridiculed and laughed at him saying, “I told you so!” Some flaunted the fruits of their labor in hopes of making him jealous. Few offered to help and share of their beans.

Although his pride often made it difficult for him, he was grateful and accepted the help that he could and graciously took the ridicule when it came. Nonetheless, he remained faithful to the vision he’d received. He kept nurturing the soil and the trees.

In the fifth year, he produced apples so sweet and delectable that word quickly 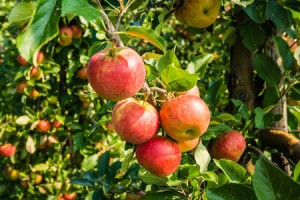 spread around town and across the state. Soon he had apple orders coming in from several states. Even those who criticized him came to him to purchase apples. He shunned no one, but received everyone gladly.

His soul was filled with happiness for the vision he’d received. His heart was filled with joy from the fruit it yielded. His family celebrated and rejoiced in his good name. For he would forever be remembered as one who had a vision and pursued it to fulfillment.