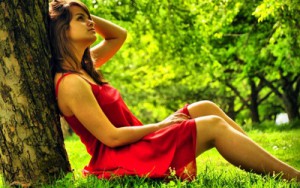 Tracy was ever so excited to be starting her new venture. It had been a long time coming. She’d spent the entire prior year hoping, planning and saving up to prepare for her new life as an entrepreneur. She would be opening her very own pottery store soon and that gave her a sense of pride and accomplishment. Her opening day was only a month away and it seemed everything was aligned. She had a positive attitude and it seemed as if nothing could bring her down.

Another couple weeks passed and she started to feel a bit daunted because situations had not improved. What happened between opening and six weeks, she thought. The more her mind wondered the more discouraged she became. Knowing that things could not continue on that path, she decided to seek counsel from a business consultant. She promptly set up a meeting with James who’d been a business consultant for many years.

During her meeting with James she explained what her troubles had been. She told him how positive she had been through it all and how she had been taught that positive thinking brought about positive results. James listened contentedly to everything that she had to say.

Once Tracy was done explaining, James began pointing out a few errors. “Tracy”, he said gently. “Positive thinking indeed plays a major roll in our ability to accomplish our goals. It gives us the energy that we need to get things done. Without it, we would likely never get started. However, the trouble comes when we are entirely dependent upon positive thinking to bring us the results we desire.”

“What do you mean”, Tracy asked? James continued, “There are other elements that go into creating a successful business and they vary based on the business type. It’s important to have an understanding of season fluctuations, marketing, advertising, what people want and why they buy. These understandings combined with your passion and positive thinking will take your business far.” Tracy nodded her head indicating that she understood what was said. He continued, “Practical business principles are like a nice car and positive thinking is like the fuel that powers the car. They are equally important.” With that statement, they began developing a plan to get her business on track.

In the coming months she began to notice an increase in sales. She now had practical business principles to go along with her positive thinking. Sure, she still experienced fluctuations in her business, but now armed with the right tools, she was able to get through them much easier.

2 thoughts on “Is Positive Thinking Enough?”