How Your Small Business Can Change the World 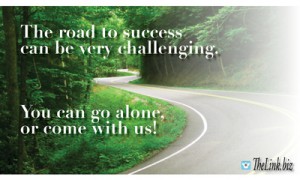 Unity is far more than a cliche. It is far greater than a concept, because when we grasp it’s true power and cultivate it into our way of existence, we find ourselves more powerful than we could ever imagine. True Unity isn’t a matter of dependency, but rather interdependency. Interdependency is where two or more independents come together to achieve something far greater than they could’ve achieved alone.

Before the rise of big business, it’s estimated that upwards of 90% of Americans owned a business of some sort. You may have grown corn, farmed land or performed other sorts of trades like being a blacksmith. The fail ratio wasn’t 9 out of 10 as it is in today’s society. The biggest difference between now and then is that there were no other options. There were no big box stores and everyone made a living the best they knew how. If you saw a need, you filled it. It was really that simple, but now it’s become far more complex. How do small business owners compete in today’s arena?

There’s a huge disparity between the resources of a small business and the resources of a large business. A small business owner typically has a small budget that doesn’t allow for advertising. A large business will typically have an ad budget that extends into the millions. They are constantly in front of their desired audience, which means that when the consumer is ready to purchase, they’ll think of the big business first. This is not a theory. It’s an economic and psychological fact. For this reason, small business owners are far more likely to struggle because they can’t get the word out about what they have to offer.

But imagine if small businesses came together. Collectively, we’d be far bigger and more powerful that any large corporation in existence. Each business would have a fighting chance to survive and thrive. You wouldn’t have to worry about advertising, because the cost of doing so would be done collectively. The formula would ultimately bring strength to small businesses as never seen before. Each small business owner would not only promote the others, but also become customers of the others.

Such a happening would strengthen our communities and give power back to the people. No more frustration of big businesses influencing government, because the distribution of wealth will be more evenly spread. The middle class can once again become strong. This would put more funds on Main Street, meaning your street, instead of sending them to Wall Street. That is the idea of The Small Business Movement. When you say, “Yes” to joining The Movement, you’re not just saying yes to your success. You’re saying yes to your community and yes to small businesses across the nation.

Join us at The Link. Together we can make a difference. www.TheLink.biz.

2 thoughts on “How Your Small Business Can Change the World”